A letter of objection has been sent to Swale Borough Council. 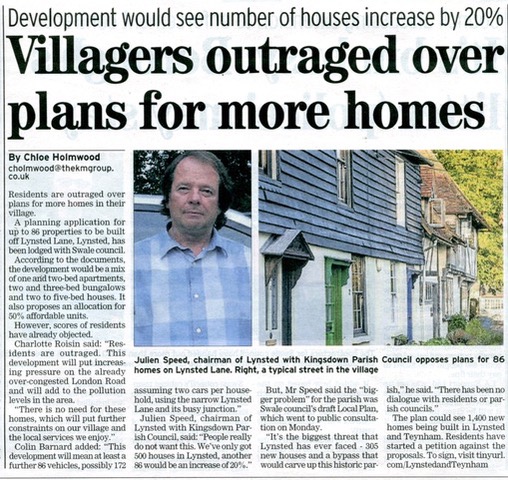 Please find link below to a petition launched by a resident of Lynsted, in protest at the plans to build a bypass through Lynsted and over 1,400 new houses in Teynham & Lynsted Ward.

This petition has already attracted over 1,000 signatures.

As if we didn’t have enough to worry about with the prospect of 1,400 new houses being built in Teynham and Lynsted, plus a bypass that would carve up our historic Parish, developers have amended and re-submitted their application to build 86 houses off Lynsted Lane.

The way the planning system works is that, if you objected previously, you must submit an objection again.  The planners won’t take your earlier comments into account.

It seems the developers are relying on ‘objection fatigue’.  They keep re-submitting this application with minor changes that don’t address the major concerns raised the last time round – in the hope that people won’t bother to comment again, or don’t realise they have to.

The illustrations below will remind you of the site being proposed for development.

Below the maps, you will find guidelines on how to submit your comments.  If you wish to object, we have made suggestions for some of the points that you might like to make.  This is not an exhaustive list.  Please feel free to add your own views.  You can also read on the planning portal the comments that other residents have made – if you agree with them, include them in your own submission!

The deadline for comments is 18 February. 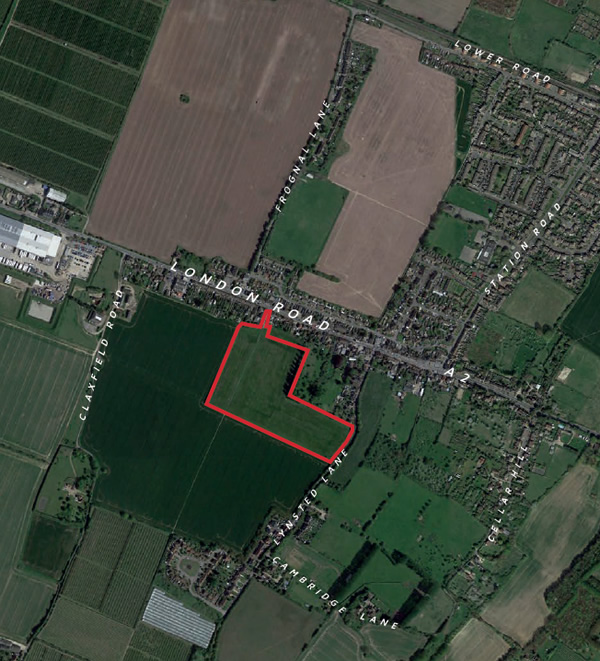 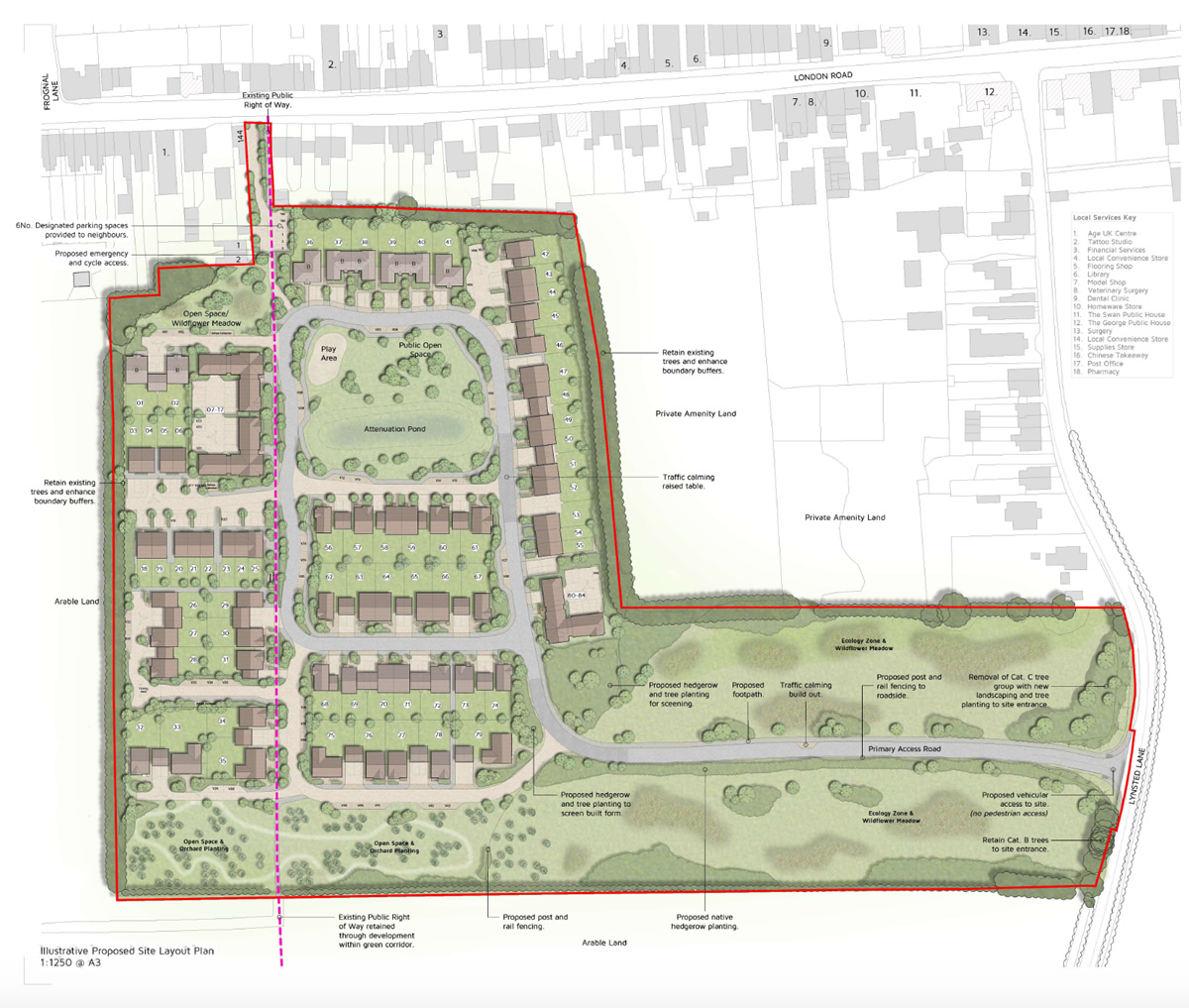 To view the latest application, visit:

At the top of your objection (if you are writing in or emailing) include the application number and site address:

Begin with a simple statement of objection eg. “I strongly object to this proposal.”

If you have previously objected, you could simply add:

“Nothing material has changed in the planning application. My previous objection(s) dated …………………………. remain valid and unchanged.    [You can cut and paste the previous objection into your current one if you so wish]

Additionally you could remind SBC:

I draw your attention to (a) the KCC Highways and Transportation letter of 30th June 2020 that has advised refusal of this application; and (b) that SBC’s Senior Environmental Health Officer recommended refusal in his memorandum of 25thJune 2020.

Other valid planning OBJECTIONS you may want to raise include:

Lynsted Lane is simply not wide enough to support a development of 80+ houses.  The junction with the London Road narrows greatly, with parked cars often on both sides, and a further 100+ car owners trying to use this at peak rush hours is just not practical.

The Lynsted with Kingsdown Parish Design Statement (2002) has identified the importance of a “sensitive edge” defined immediately behind the historic linear pattern of development to the south of Greenstreet (A2).  This “Sensitive Edge” should also be preserved to retain ready access to open countryside from Greenstreet and Teynham Village to the north, with all the benefits this offers to physical and mental wellbeing.

Loss of Best and Most Versatile (BMV) Agricultural Land.  Across the whole Borough, this is the most fertile land available.  This is important if we are to reduce the carbon footprint of food production.

Protecting residents and workers in Air Quality Management Area No5 (Greenstreet/London Road).  The development site is next to AQMA5 feeding into Lynsted Lane.  The National Planning Policy Framework (NPPF) and Guidance obliges SBC, when looking at development proposals, to make sure pollution inputs are reduced.  In AQMA5, any housing development will inject additional traffic pollution into AQMA5 and increase the harm we experience every day.

Car ownership in rural areas is higher than any other setting and more car trips are made by those living outside towns.  We have poorer access to GPs (Swale has the largest Patient Lists and is unable to recruit GPs), one dentist, inadequate shops for weekly food shopping, distant secondary schools, and a train station without car parking - this pushes residents into commuting from the better served town stations.  There are also low levels of local employment opportunities unless you are able to drive to work.

New homes in this location can only worsen traffic congestion, more dangerous junctions and lack of lines of sight.

All comments must be made in writing – verbal comments cannot be accepted.

You can submit your comments:

Submit your comments before the deadline of 18 February 2021.